Representatives from five of the seven international partners in Exposed met in Trondheim during the tradeshow AquaNor. Three days was used to get to know each other and to get to know Exposed.

The meeting started Tuesday with a workshop at the offices of SINTEF Fisheries and Aquaculture (SFA) at SeaLab, where the international partners met with the leaders of the six different research areas in Exposed. Planned research in Exposed was presented by Exposed director Hans V. Bjelland and each of the research leaders. After lunch the international partners presented their institutions, highlighting their possible contribution to Exposed. Discussions were made on how to match the partners with the research projects soon to be launched by Exposed.

The second day, Wednesday, was used for an excursion to the island of Frøya where the production facilities of Aqauline AS and the research facility of ACE Aquaculture Technology at Rataren was visited. Both Aqualine AS and ACE are partners of Exposed.

The third and last day of the meeting, Thursday, was used to visit the aquaculture labs at SINTEF SeaLab and the hydrodynamic laboratories at Marintek. Marintek is a research partner in Exposed. The visit at Marintek included a demonstration of Aqualine’s cage concept Midgard which has been tested at Marintek’s ocean basin. The meeting was finalized by the legendary Shrimp Party at SINTEF Fisheries and Aquaculture Thursday night. 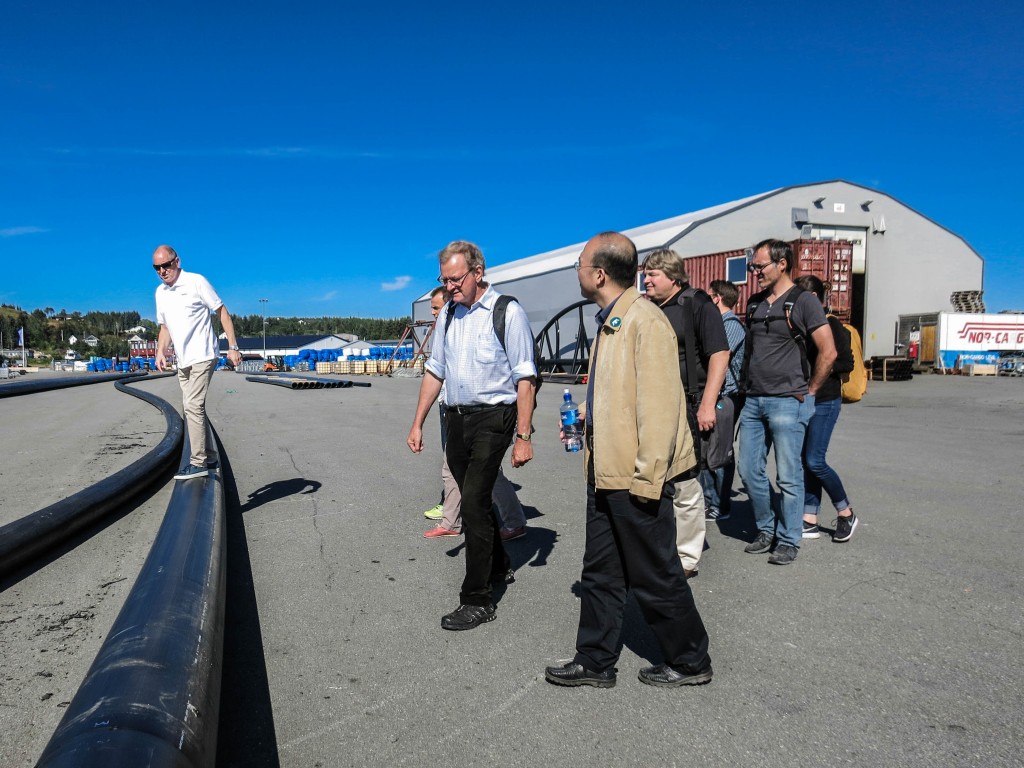 Aqualine. Head of projects and development in Aqualine, Noralf Rønningen (standing on the tube) gave a talk and tour of the production facilities at Hammarvika. 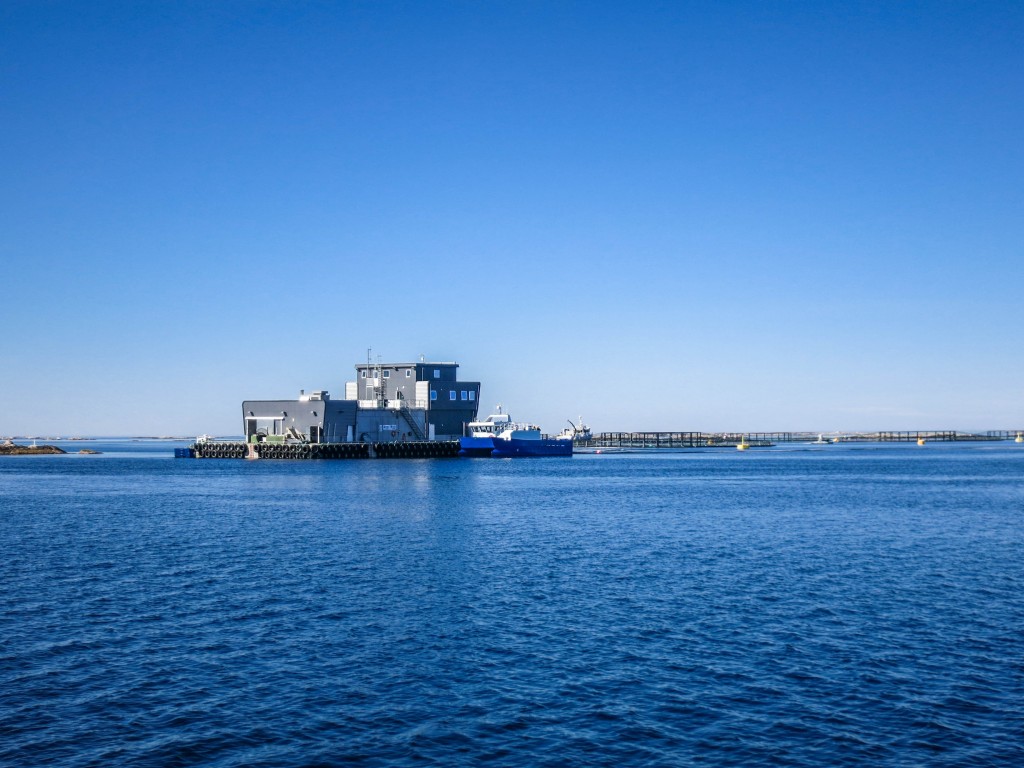 Rataren research farm. The system mooring at the Rateren farm has the capacity to hold 16 cages, and the farm operates a feed barge with a total capacity of 600 ton. The farm is run by SalMar Farming AS, another partner in Exposed. 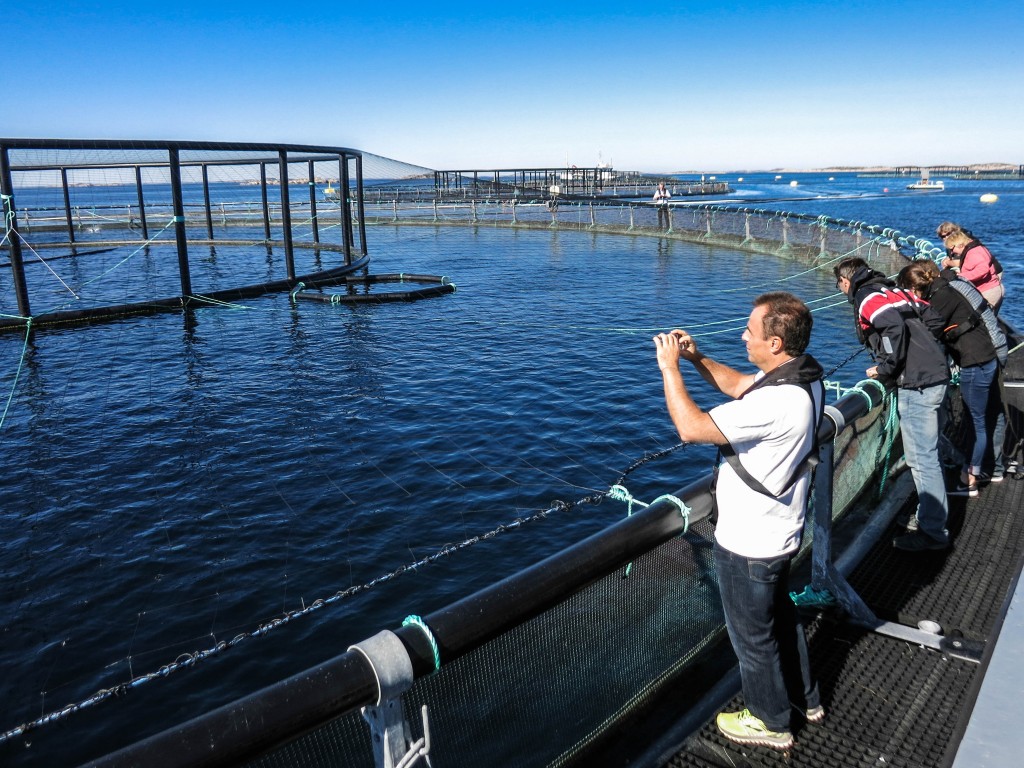 On the floater. Standing on the cage floater the size of the farm becomes more apparent. Hydrodynamicist Claudio Lugni from CRN-ICEAN in Rome is fascinated.